Home » Family Law » Give Up My Baby for Adoption: Eliminating That Phrase
Family Law 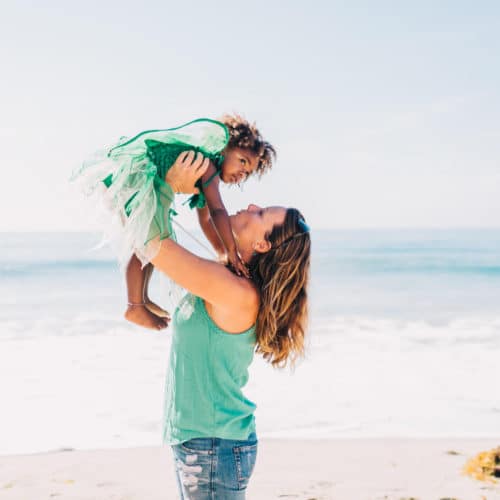 Language gives us the power to empower just as much as it can cause damage or coercion.  In the field of adoption, we have the power to improve how the world views adoption. This happens in both the decision of the birth mother to place her child for the adoption and how the adopted child feels about themselves.

Gave up, put up and give away for adoption are common phrases used to describe a woman’s choice to make a loving choice for a secure future for her child.  Those words do not do justice to her sacrifice and gift of life and love.  Though many people may not think twice about saying she “gave the baby up for adoption” or she wants to “put her baby up for adoption,” these phrases can cause pain.

As that child placed for adoption learns about their birth story, they will learn of a woman who refused to give up, but instead through great personal sacrifice, gave the gift of life. The modern phrases we use to describe this loving choice is “making an adoption plan” and a decision to “place a baby for adoption.”

This signifies intention in a woman’s choice; plan and placement.  It is not giving up, putting up or giving away.  Instead of diminishing her sacrifice and mislabeling the gift as defeat, it recognizes the power in the plan and decision to place.

The language for a birth parent.

I am an adoptee.  Growing up, my friends would often ask who my “real parents were” when they found out I was adopted.  This question was always confusing to me. I honestly felt like I had more than one set of real parents.  My parents that raised me were just as real as any of my friends’ parents. My biological parents were my parents in that they made the hard decision to place me for adoption because they felt it was best for me. Isn’t that what we all good parents do for their kids?  They make hard choices to do what is best for them? There were no real parents or fake parents in my world, simply parents; and I was blessed with four people who loved me.  So, when I was asked on the playground about my real parents, I would simply respond that I have my parents that raised me and my birth parents.

The nuance of these words and titles have a subtle effect on how adoption is viewed, as a valued and respectable choice, or a shameful defeat, giving up.  At Moore Law for Children, we believe in Angela Carter’s words. We want to be professionals that give the adoption triad (birth mother, child and adopting family) power and respect. That’s why we eliminate phrases like “give up my baby for adoption.”

By using respectful terminology, we can eliminate prejudices of adoption. We shift away from condemnation and damage towards empowerment and recognition of the loving and powerful gift it is.

Moore Law for Children cares about all parties involved in an adoption – the birth mother, the child, the birth father, and the adoptive parents. Placing your baby for adoption is a special choice and there are many factors to consider.  If you are pregnant and considering adoption talk to the legal team at Moore Law for Children. We will protect your rights. We are experienced legal professionals, and adoptions is part of our personal stories.